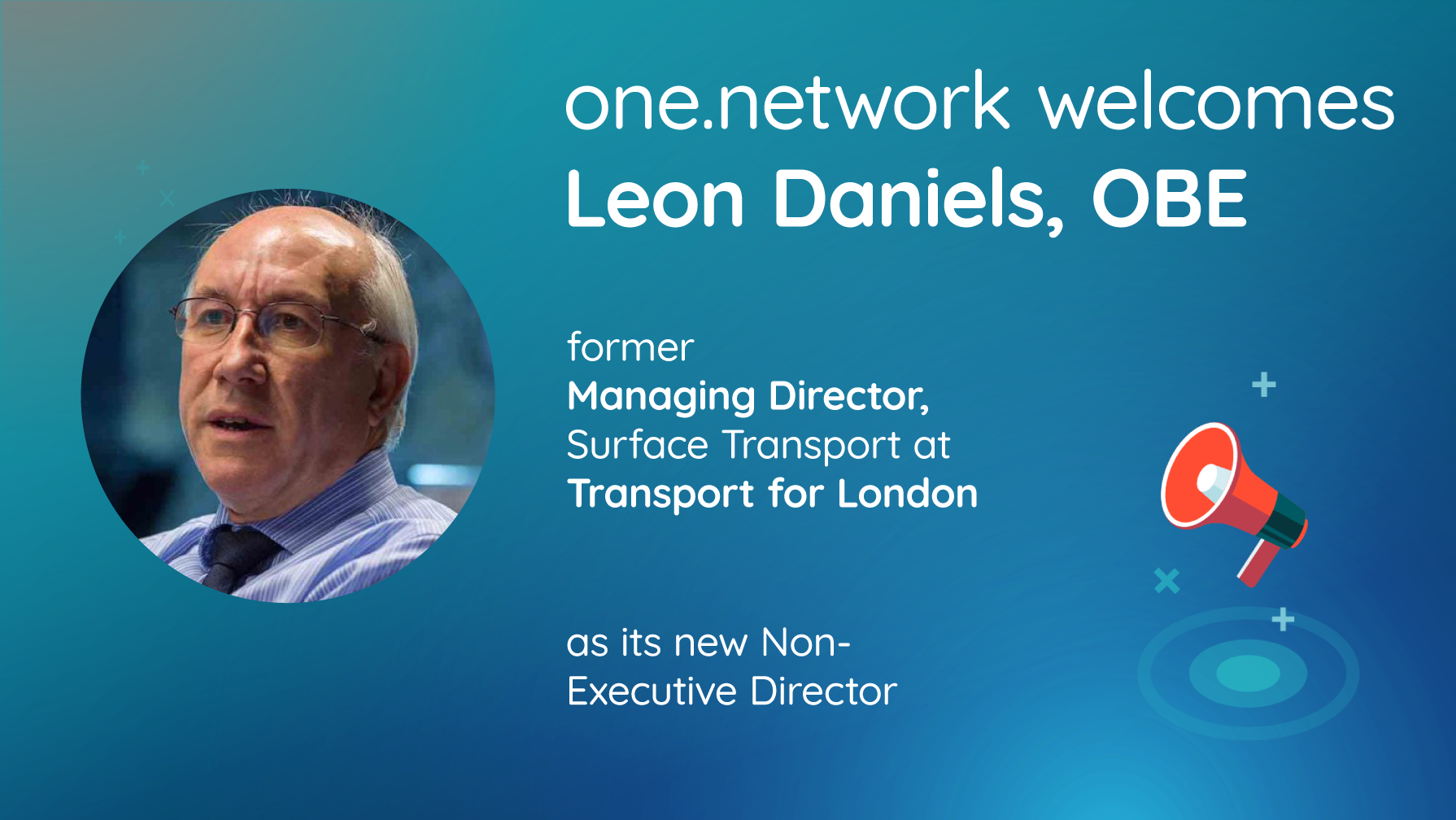 As the former chief of TfL’s Surface Transport operations, Commercial Director at UK Bus, and founder of his own multinational transport business, Daniels brings a vast wealth of experience within the transport industry.

As a Non-Executive Director, Daniels will be predominantly tasked with helping guide the company’s UK strategy as well as raising the visibility and profile of the traffic technology SME.

Commenting on Daniels’ appointment James Harris, one.network’s CEO, said “We’re delighted to welcome a person of Leon’s calibre to the team at one.network. Thanks to his time as Managing Director for Surface Transport at TfL, he’s intimately familiar with the challenges facing UK highway authorities, which is invaluable for us.

“True industry thought leaders like Leon are few and far between. His appointment as Non-Executive Director comes at a crucial time for one.network, and we’re confident his knowledge will be hugely beneficial as we evolve and expand our vision of smarter traffic management for customers throughout the UK and abroad.

“As we expand, having someone with Leon’s broad experience leading both private and public sector organisations will be invaluable. We are very excited about what we’re sure will be a great partnership.”

“one.network’s technology is unrivalled in the market, so getting involved was an easy decision.

“My aim is to use the knowledge and experience I have built up over the years to guide one.network’s UK strategy, which we hope will be a continuation of the success already achieved so far.”

Having started his career in the Department for Transport in the 1970s, Daniels was part of the team that helped create the Highways Act 1980.

Following that he took a break from the transport industry, moving into publishing, only to find himself back in the sector when his new boss restored a vintage bus from 1930 and persuaded the London Tourist board to run it as a tourist attraction. 13 years later, Leon moved on to his role as MD at TfL, during which time he oversaw the successful logistical challenge of the London 2012 Olympics, helping deliver the transport needed to cope with the swelled population during the games.