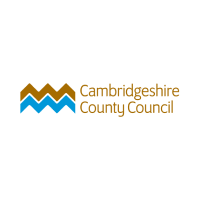 Within Cambridgeshire County Council, the Integrated Highways Management Centre (IHMC) uses a suite of one.network modules to help deliver a network monitoring solution – while also keeping the public and its partners informed of any incidents or potential issues.

But when it came to answering queries about previous performance on the network, Cambridgeshire was having to perform a lot of time-consuming research.

Use on-demand historical data to get immediate results

Perform post-incident reviews to learn for the future

"Traffic Replay is an easy-to-use, graphic-based product that lets us answer queries about previous performance on the road network instantaneously."

It has helped the Cambridgeshire IHMC (responsible for liaising with event organisers, and granting licences or Temporary Traffic Regulation Orders (TTROs) for any event that will affect the highway network) gauge what’s happened with previous events at the same locations, informing their decision making process. It has even helped them disprove myths about serious congestion issues – as well as occasionally confirm them.

Richard Burnett, IHMC & Events Manager, told us that “Traffic Replay has proved invaluable across the county, but especially within Cambridge itself, which is a challenging city for geographical reasons as well as because of the new development at present.”

The next step for Cambridgeshire County Council is rolling out the Traffic Replay module to the Street Works & Permitting Team to help them grant work licences and permits, as well as working more closely with the Major Infrastructure Development and Project Teams to add this module to their arsenal.

Traffic Replay will also be used by the Traffic Manager to answer queries by Councillors and Directors in high-level meetings instantly rather than after the fact, again speeding up the decision-making process.