This month we’ve made some improvements to several of our modules. First, with a number of authorities currently onboarding Route Manager, we’ve released new features based on customer feedback. In addition, we’ve also made some enhancements to Route Monitor, Traffic Management and the one.network map.

Our development team have also been busy giving the platform a bit of a Spring clean; the platform has had a bit of a UI refresh with some changes to font, buttons and how other controls look and feel which you can see in the screenshots throughout. We hope you love these changes as much as we do!

Now let’s dig into the details:

Route Manager is our bus route management solution; it allows local authorities and bus operators to better collaborate to avoid clashes between roadworks and bus routes, and plan and communicate diversions where needed.

As we mentioned earlier, with the increase of highway authorities implementing Route Manager, we’ve released some new features based on customer feedback, including:

We’ve made it easier to retrospectively analyse route performance by making ‘Typical Travel Time’ and ‘Threshold’ values available in historical data CSV exports. Users can now dig into greater levels of detail in addition to using the online dashboard.

You may remember that back in November, as part of version e.2.11.0, we released a new map layer dedicated specifically to the upcoming Commonwealth Games, providing every organisation working on the roads around Birmingham with a fuller picture of diversions and disruptions in the area.

This is just one example of how one.network is being used to help a highway authority plan and communicate the precise impact of a large-scale event on the road network. Highway Authorities and event planning organisations all over England use one.network to plan, coordinate and communicate road closures and diversions for a vast array of events including royal events (namely Harry and Meghan’s wedding in 2018) and sporting events such as the Tour of Cambridge, Tour of Yorkshire, Windsor Triathlon and the Royal Ascot, as well as the largest marathon events in the UK. 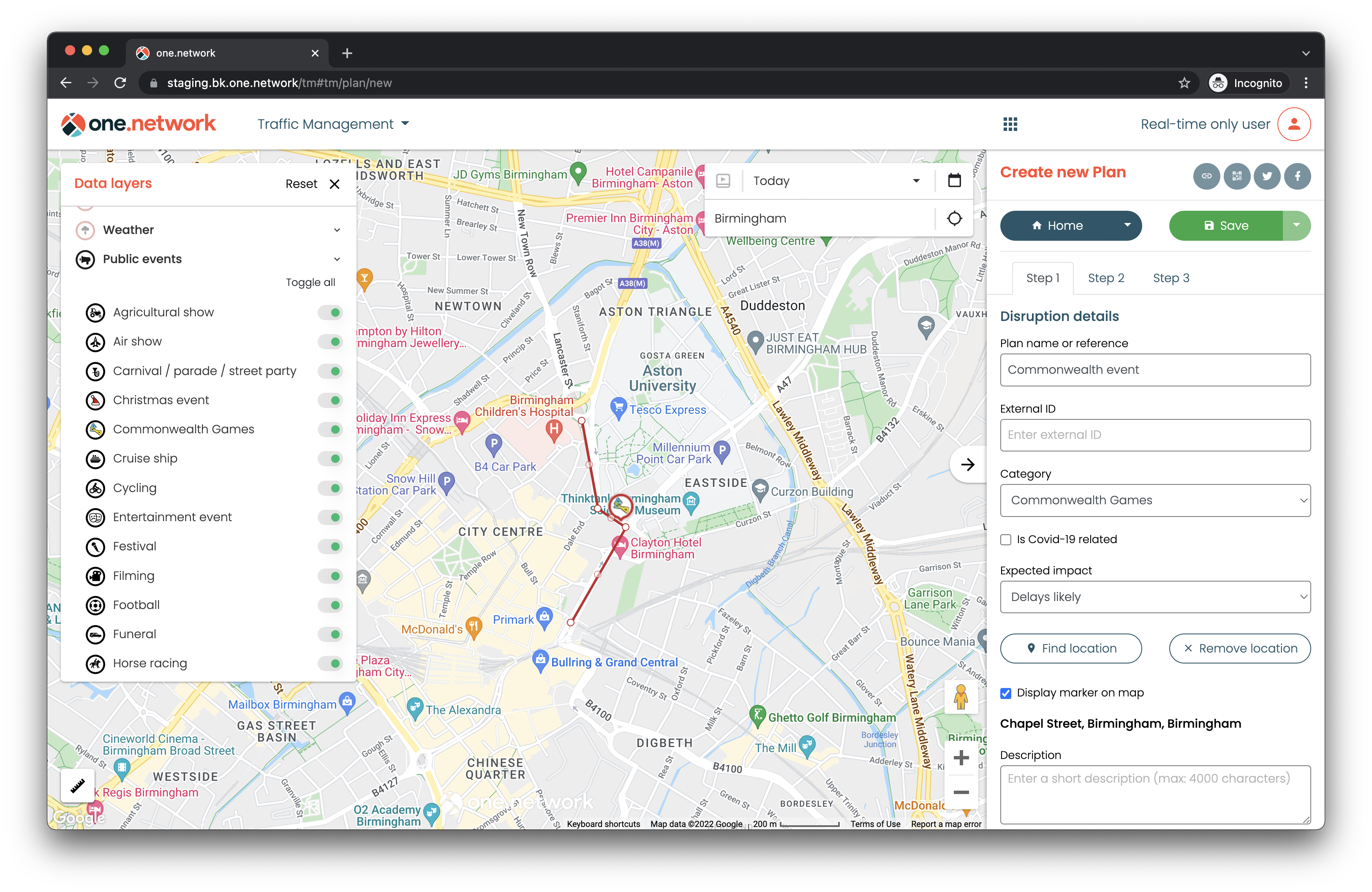 If you have any questions about this update or are interested in hearing more about of the modules we’ve mentioned, please contact the team. For the latest news be sure to follow us on LinkedIn or Twitter.